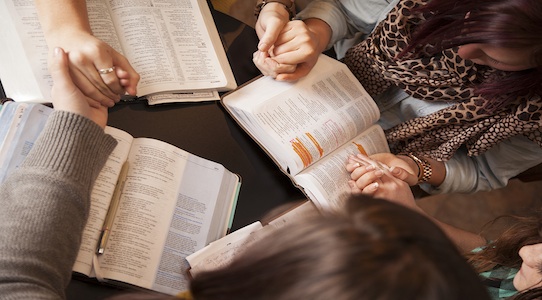 "Raven, FRIEND is a COVENANT WORD!" My dad always said this and still does today when we talk about friendships. I never really knew what he meant by this until I began to seek God about it. Friendship is something that is very dear to my heart. I have always wanted to write about this subject, but never felt led by God to do so until now. Today, I just want to leave you with something that the Lord has shown me in His Word and prayerfully it will encourage you to seek God's face about the people in your life.

Covenant. Sounds pretty serious huh?!? Well, IT IS! In the Old Testament God instructed His people to build a tabernacle for Him….a place in which He would dwell. There were three courts:

The outer court was pretty much everrrybooddyy! It was the courtyard….considered  to be the most familiar part of the tabernacle to most people. The inner court was where people would meet with a priest, confess their sins, and offer up a sacrifice. The Holy of Holies was where God dwelt. It was a place of extreme intimacy, where only a few could enter. (SN: Aren't you glad to be under the New Covenant, where we are now the tabernacle of the most High God….His spirit dwells on the inside of us! And not only that, but we can talk with God ourselves without a priest AND be intimate with Him! Whew! I know I'm thankful!!)

Now consider your friends. If you need to, get out a sheet of paper and draw three columns. List at the bottom all of the people that you consider friends. Now…..let's get to work.

A. The Outer Court: Is pretty much your FACEBOOK friends. They know what you tell them….and that truly is pretty much it! I'm sure we all have many of those.

B. The Inner Court: These are people who you might talk/text every now and then, go out to eat with, or have a conversation with over a  Tall White Chocolate Mocha at Starbucks. They may know a little more than the outer court, but the only true difference is that you actually talk with these individuals outside of Social Media!

C. The Holy of Holies:  Growing up, my mom always said, "Girl, everybody can't be in your holy of holies." I never knew what she meant by that until now. Isn't it crazy how when our parents first say something we're like, "SURRREEE!" BUT then later on in life we are like…."MANNNN that is soooo true!!" You see, the Holy of Holies was not only where God dwelt, but also where the ark of the covenant rested….it was considered to be BEHIND THE VEIL. Behind the veil relationships are for a select few, God-ordained people. These are people in which you can be vulnerable with and trust. People who know the many ups and downs of your life. People who you can share your dreams and successes with. People who help you mature and grow spiritually and are great accountability partners! These are people who will pray for you, encourage you, support you, speak life over and into you, and CORRECT YOU WHEN YOU ARE WRONG. These are people who are FOR YOU….not just what YOU ARE FOR! These people are always looking for ways to give back into the relationship and not just take. These are people who stay with you no matter what so-in-so says, if you're popular or not, or if you can "get them to the next level" or not. Many people believe that these types of friendships are birthed by time or experience. For example, "We've been friends since middle school" or "We have experienced sooo much of the same things!" But in my opinion, that is not so. These types of friendships are God-ordained. This person could literally walk into your life tomorrow, not having much in common with you other than Jesus and by next month be the, "Jonathan to your David, the Naomi to your Ruth"….etc.,  all because GOD anointed and appointed them to be in your life! Speaking of Jonathan and David….one thing I love about their friendship in the Word is that Jonathan was not afraid to let David shine nor was he intimidated, jealous, or resentful of the call of God on his life. He ALWAYS gave David the advantage. He ALWAYS was loyal to David….even when it came to going against his own flesh and blood. I believe that outside of our friendship with Christ, Jonathan and David are the second best examples in the Word of a covenant-behind the veil relationship. 1 Samuel 18:1 says, "…..Jonathan became one in spirit with David, and he loved him as himself." Verse 3-4 then says, "And Jonathan made a COVENANT with David because he loved him as himself. Jonathan took off the robe he was wearing and gave it to David, along with his tunic, and even his sword, his bow, and his belt." Not only did Jonathan love David, not only were they one in spirit, not only did he make a covenant with Him….BUT he also GAVE to him!

Listen, the Lord led me to do a self check and also led me to share this with you. Did you make that list? If so, think about these questions?

Now, pray over that list. and allow God to lead you in who to put in what court. There may be someone who you have in your outer/inner court that God has called to be in your holy of holies. Likewise, there may be someone in your holy of holies that needs to be in your inner/outer court! Also, pray and ask God how you can be a better covenant-behind the veil friend. He'll help you….after all He is the greatest friend anyone could ever have.

Be prayerful and be blessed! 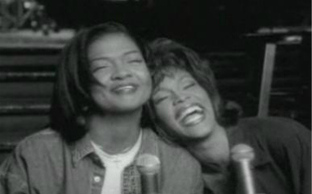