The Perfect Sacrifice: A Call to Radical Obedience
October 2014 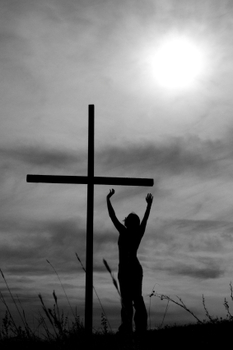 Question: What has God told you to do? What is it that He has asked you to surrender to Him? Abraham and Isaac are great examples of not only surrender and obedience, but also of the perfect sacrifice.....JESUS.
Today, let's focus on Genesis 22:1-19 and Hebrews 11:17-19.


Abraham was a man that was called a friend of God (James 2:23). You know this story. At the request of his wife Sarah, Abraham and her servant Hagar came together and created Ismael. But in spite of being impatient, not trusting God, and taking matters into their own hands, "The Lord kept His word and did for Sarah exactly what He had promised. She became pregnant, and she gave birth to a son for Abraham in his old age. This happened at just the time God had said it would. And Abraham named their son Isaac" (Genesis 21:1-3)
And then one day.....

“Abraham!” God called.
“Yes,” he replied. “Here I am.”
“Take your son, your only son—yes, Isaac, whom you love so much—and go to the land of Moriah. Go and sacrifice him as a burnt offering on one of the mountains, which I will show you" (vs. 1-2)

God asked Abraham to sacrifice his only son. Notice, God did not tell Abraham why he should do this, but the Word says that Abraham rose up early the next morning, choosing to be OBEDIENT! On his way up the mountain I'm sure the enemy tried to make Abraham change his mind. I'm sure the enemy was saying, "Some type of God you serve. He gave you Isaac...your promise....just to take him back." Or....."See, because you created that Ishmael, God is mad at you and wants to punish you by taking away your Isaac." Lies....ALL lies! But nevertheless, at God's Word, Abraham chose to not only be obedient and to trust God, but to also speak by faith!

Abraham made a decision to not only be obedient, but to also believe that God would provide. He believed and spoke by faith with His mouth that either God would provide a sheep OR according to Hebrews 11:19, "Abraham reasoned that if Isaac died, God was able to bring him back to life again." Abraham believed God!!! He wasn't concerned with what people thought or what his obedience looked like....all he cared about was being obedient. So, as you probably know, once Abraham and Isaac reached the top of the mountain and just before Abraham was getting ready to kill Isaac, God said....

“Abraham! Abraham!”
“Yes,” Abraham replied. “Here I am!”
“Don’t lay a hand on the boy!” the angel said. “Do not hurt him in any way, for now I know that you truly fear God. You have not withheld from me even your son, your only son.”
Then Abraham looked up and saw a ram caught by its horns in a thicket. So he took the ram and sacrificed it as a burnt offering in place of his son"
(vs. 11-13)

Friend, because Abraham chose to be obedient, not only did God provide but.....

Friend, I don't care what the enemy is trying to tell you....THERE IS ALWAYS A BLESSING ON THE OTHER SIDE OF YOUR OBEDIENCE!! But this story doesn't end here, you see Abraham, Isaac, and the ram are an example of the perfect sacrifice....Jesus. Think of it this way....

Before Christ came, sin separated us from God. We were bound to spend eternity separated from Him, BUT GOD chose to give His son....His only son. He said...."Sin, don't lay a hand on this child. Do not hurt this child in any way. I love this child. I have need of this child. Here is a "ram in the bush"....my Son....my only Son...JESUS! He will be the perfect sacrifice. A life for a life!" Friend, this is true love! Jesus took on ALL sin, worry, fear, disease, rejection, loneliness, etc, paid the price, went to hell, rose again; defeating death, hell, and the grave so that you COULD LIVE FREE and have a relationship with Him!! As John 10:10 AMP says, "....I came that they may have and enjoy life, and have it in abundance (to the full, till it overflows)." That's love.....REAL LOVE and friend, because Christ chose to be obedient (Romans 5:19), every person on this earth that has become born again---giving their heart and life to God---has been blessed because of it!


In this post lies two messages. First, for those of you who are not saved, it's time to surrender and give your life to Christ. He died for you, He loves you, He has need of you! It's time to give Him your heart....give Him your life. What does God want from you? Intimacy, a close friendship, quality time together, and your 'Yes!' Give it to Him! He's worthy!  Don't worry about your past or your future. The blood covers both and there is more than enough grace for you!

Second is radical obedience. God wants our obedience, not just lip service. It’s one thing to say we’ll honor Him but another thing entirely to actually do it. Just like Abraham chose to not only be obedient, but to believe that there would be a blessing on the other side of his obedience.....YOU must do the same! We cannot delay our obedience to Christ until it fits into our schedule or it is convenient and easy for us. Christ's obedience did not hinge on convenience and we are called to walk in the same pattern.  So, what did God tell you to do? "Obedience becomes radical when we say, ‘Yes, God, whatever you want,’ and mean it.  We release our grip on all that we love and offer it back to Him, who loves us more. And it is into these upturned hands that God will pour out His blessings-His abundant, unexpected, radical blessings." Friend, this is the season for radical obedience. This is the season to do what God tells you to do, say what He tells you to say, and go where He tells you to go. You don't have to have ALL the details....JUST TRUST GOD AND OBEY! Don’t wait for the "perfect" day to start honoring God. Make that choice today and watch God bless you beyond your dreams!