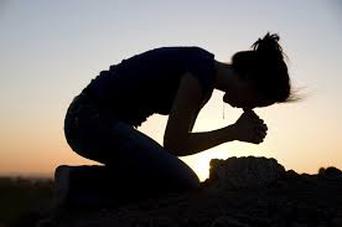 "Then Samuel asked, “Are these all the sons you have?” "There is still the youngest,” Jesse replied. “But he’s out in the fields watching the sheep and goats.” “Send for him at once,” Samuel said. “We will not sit down to eat until he arrives.” So Jesse sent for him. He was dark and handsome, with beautiful eyes. And the Lord said, “This is the one; anoint him.”So as David stood there among his brothers, Samuel took the flask of olive oil he had brought and anointed David with the oil. And the Spirit of the Lord came powerfully upon David from that day on. Then Samuel returned to Ramah." 1 Samuel 16:11-13


Each and every blood bought believer has been anointed and appointed to do something for the Kingdom. Each and every one of us has a calling on our lives, one of which we only can fulfill. But the anointing/appointing time and the manifestation time are often "interrupted" so to speak, by the sheep season.

BUT David's sheep season did not just consist of him tending sheep, but also of him:

Friend, this is just a few things that God did in those 22 years for, in, and through David. My question for you today is, "Are you in the sheep season?" Do you feel discouraged, frustrated, or just plain mad because God said that "it" was going to happen, but "it" has not manifested yet? Are you bored because you feel like you have the ability to do so much more and are anointed to do so much more than what God currently has you doing? Have you started to doubt the call of God on your life? Have people been asking you and those who are connected to you, "What is she doing now? What's going on with him? etc." I just want to encourage you today friend! You are not alone! God has not forgotten about you. He hasn't forgotten the promises. He hasn't forgotten those desires that He placed in your heart. He has not forgotten!

Look around. You may be in the sheep season, but trust that God is preparing you for what He has prepared for you. This season is about you drawing near to God like never before. This season is about you learning how to walk in who you are without feeling the need to compare or compete with sis. so-and-so or bro. so-and-so. This season is about God truly changing you from the inside out, removing those things that are in you that don't please Him and empowering you to conquer those "small things" like the lion and the bear. This season is about you learning how to serve others selflessly and to walk in love like Christ. This season is about you finally realizing that you don't need "Saul's armor" (the world, people's approval, the credentials, etc.) to walk in complete victory. This season is about God divinely separating you from those who are not called to be in your life and connecting you with those who are. This season friend, is not a waste. It doesn't matter what you see, how you feel, what others say (or don't say), who likes you or who doesn't, who supports you or who doesn't, or what the enemy is trying to convince you of. Let's settle one thing right now: The devil is a liar! So don't waste your time believing him. What God said to you is what He intends to do and any report that says you and God aren't big enough to do what He has called you to do is an evil report! Always remember, we believe the report of the LORD and HIS report says that nothing is impossible with HIM!!!

So friend, if you are diligently going after Jesus and serving Him, know that sometimes you will be called to do monotonous work that will not make the "headlines." Don't get discouraged; don't stop doing what God told you to do, living for Him, and sharing the Gospel. David was called and anointed to be a King, but first he was "just tending sheep." God used Him mightily as He will YOU! So, bloom where YOU are planted, continue to use your life to work diligently at whatever the Lord has called you to do, and walk in full confidence. God is for YOU! He has called, anointed, and established YOU! And when you are established by God, He secures, equips, and fortifies you so that you are fully capable of performing the task at hand. Once again, whatever your life entails right now—no matter how far removed it seems from what you expected---He has anointed you and divinely equipped you to not merely handle it, but to thrive in it. If you can’t be faithful in little, God will not give you the larger assignment. He may want to adjust your life and character in smaller assignments to prepare you for the larger ones. So don't fret over this season, take note of the small things that God is showing and teaching you. One day when you reach your expected end (Jeremiah 29:11) you will remember this season and understand exactly why God had you "just tending sheep!"