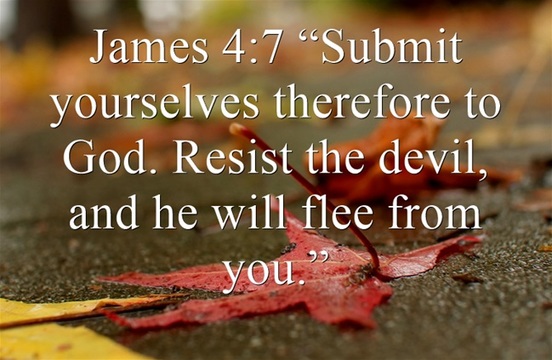 Hey y'all! I pray all is well!
​
Today we're discussing all things temptation.
We're going to understand it, learn how to respond to it, and yes, overcome it.
Before we get into this study, let's take note of some things:

1.) Satan tempted Jesus, but as we will see, according to Hebrews 4:15 AMP....
A. "For we do not have a High Priest who is unable to sympathize and understand our weaknesses and temptations, but One who has been tempted [knowing exactly how it feels to be human] in every respect as we are, yet without [committing any] sin.​"
2.) Jesus was tempted:
A. After He had been filled with the Holy Spirit
B. When He was hungry
- "When He had been baptized, Jesus came up immediately from the water; and behold, the heavens were opened to Him, and He saw the Spirit of God descending like a dove and alighting upon Him. And suddenly a voice came from heaven, saying, “This is My beloved Son, in whom I am well pleased.” Matthew 3:16-17 NKJV
- "Then Jesus, full of the Holy Spirit, returned from the Jordan River. He was led by the Spirit in the wilderness, where he was tempted by the devil for forty days. Jesus ate nothing all that time and became very hungry." Luke 4:1-2 NLT
3.)  GOD NEVER tempts us...
A. "Blessed [happy, spiritually prosperous, favored by God] is the man who is steadfast under trial and perseveres when tempted; for when he has passed the test and been approved, he will receive the [victor’s] crown of life which the Lord has promised to those who love Him. Let no one say when he is tempted, “I am being tempted by God” [for temptation does not originate from God, but from our own flaws]; for God cannot be tempted by [what is] evil, and He Himself tempts no one. But each one is tempted when he is dragged away, enticed and baited [to commit sin] by his own [worldly] desire (lust, passion)." James 1:12-14 AMP

How does this apply to us?
Friend, once you gave your life to God and started to spend time with Him, you probably noticed Him beginning to not only reveal to you who you are, but also tell you what you have been called and anointed to do. No, you don't know ALL the details, but you do know some things. Friend, satan knows that God is all powerful and all knowing. He also knows that Christ has ALREADY defeated him. But he believes that if he can get YOU to question and/or doubt who you are in Christ and what God has called you to do, he can hinder YOU from truly walking in who God called you to be and what He has called you to do. If that doesn't work, he’ll try to get you to fill a void or meet a need temporarily with carnal, worldly, physical, or fleshly things......causing you look to, follow and depend on your flesh and feelings and not your Spirit!

Second Temptation:
“Then the devil took him up and revealed to him all the kingdoms of the world in a moment of time. “I will give you the glory of these kingdoms and authority over them,” the devil said, “because they are mine to give to anyone I please. I will give it all to you if you will worship me.” Luke 4:5-7 NLT
Satan here tempts Jesus with authority, influence and fame. Remember, satan is not all knowing. He didn't realize that, “all authority and power in heaven and earth had been given to Jesus” and that one day, “every knee would bow and every tongue confess to God” (Matt. 28:18 and Rom. 14:11 AMP). Most importantly, he didn't realize that Jesus really meant what He said when he said that He was about His Father’s business….not so much about fame and popularity. Silly devil, tricks are most definitely for kids!

How does this apply to us?
When you're saved, at times it will “seem” like nothing in the natural is changing, happening, or manifesting like God promised and/or you prayed, believed, and expected. It's then that the devil will try to get you to compromise in your walk with the Lord. He wants you to walk by sight and not by faith. He wants you to inadvertently worship and/or bow down to him, all in the name of influence, popularity, recognition, and/or fame. Friend, when you're saved and living for God, things ALWAYS work out, but at times when it "seems" like nothing is happening, changing, or manifesting, it's really God preparing you for what He has prepared for you. It's going to take patience and faith…and those are two of the many things satan doesn't want you to have!

Third Temptation
“Then the devil took him to Jerusalem, to the highest point of the Temple, and said, “If you are the Son of God, jump off! For the Scriptures say, ‘He will order his angels to protect and guard you. And they will hold you up with their hands so you won’t even hurt your foot on a stone.’ ”Luke 4:9-11 NLT
Satan again questions his identity, but not in order to just question his identity, but to question and make Jesus doubt God’s love, protection, attention, and ability,

How does this apply to us?
Satan knows that we are loved, kept, and protected by God, but if he can make us doubt God’s love, protection, and ability to provide for us, he can again make us doubt not only who we are, but also who God is and what He is able to do..... possibly keeping us from truly walking by faith and being who God called us to be! And friend, notice, satan even used scripture. This is why we need to know God’s voice and as we will see, know the Word for ourselves!

Jesus did not entertain satan, nor did he second guess what he believed. His only response was the WORD. "For though we walk in the flesh, we do not war after the flesh: (For the weapons of our warfare are not carnal, but mighty through God to the pulling down of strong holds; Casting down imaginations, and every high thing that exalteth itself against the knowledge of God, and bringing into captivity every thought to the obedience of Christ" {2 Corinthians 10:3-5}. This is why it is so important that we as blood bought believers not only get into the Word, but allow the Word to get on the inside of us. After all, "out of the abundance of the heart [the] mouth speaks"  {Luke 6:45}.

Friend, Jesus not only knew the Word and responded with it, but he, just like we should, had a firm resolve to do what God called him to do. Again, he was about his Father’s business! He didn't just "say" he believed, but he REALLY believed that he was who God said he was and that only God could satisfy and fill every void and meet His needs. He not only submitted himself to God by worshipping God and God alone, refusing to compromise, and being fully persuaded and determined to be about His Father’s business.....but He also resisted the devil. The Word says, ““And when the devil had ended every [the complete cycle of] temptation, he [temporarily] left Him [that is, stood off from Him] until another more opportune and favorable time.” Luke 4:13 AMP Notice, this didn't stop the enemy from trying again. Likewise with us, satan will continue to try to tempt us. Why? Because he seeks to sift those (Luke 22:31) who threaten or will in the future annihilate his work.  Also notice after Jesus was tempted, he began to walk in his calling….the ministry God had called him to (Luke 4:14-44). Many were saved, healed, delivered, and restored....and satan, utterly defeated. No wonder he tried to tempt Jesus! Friend, the enemy is terrified of you! He hates it when you pray. He despises when you spend time in the Word. And he can't stand it when you take a stand and truly live for God (no matter what this world is saying or doing), influencing/encouraging others to do the same….that’s ministry and friend, true ministry threatens satan's work. No wonder satan has been trying to tempt YOU!

Friend, if you don't remember anything else from this post (it is kind of long lol!), please remember this……

Friend, I don't care what anyone says:
You don't have to give into temptation.

Now that you know, be like Jesus.
Respond like He did.
Submit yourself to God.
Look to and depend on GOD, knowing that the same Spirit that raised Jesus from the dead dwells in you.
PRAY.
Get in the Word and allow the Word to get into YOU.
Resist the devil.
​ Persevere.
Stay faithful to God.
And watch satan flee and God do for, in, and through you what only He can!