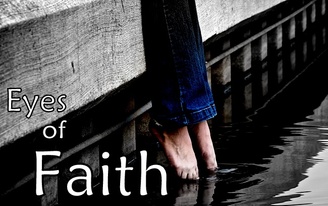 Have plenty of courage.
God is stronger than the devil.
We are on the winning side.


Recently, I had a very discouraging moment. I felt like completely giving up. After having a "pity party" (might as well be real) I remembered 2 Timothy 1:6-7 which says, "Therefore I remind you to stir up the gift of God which is in you through the laying on of my hands. For God has not given us a spirit of fear, but of power and of love and of a sound mind." This is why it is important friend, to build yourself up on your most holy faith....not only when trouble comes, but before it does. That way, when trouble comes fear, doubt, nor unbelief will come out of your mouth.....ONLY FAITH, THE WORD, and WHAT GOD HAS ALREADY SPOKEN TO YOUR HEART WILL COME OUT OF YOUR MOUTH! As you face the future, situations and circumstances in life may appear overwhelming. But that's only in the natural. If you will open your spiritual eyes, you will clearly see that God and all of Heaven are on your side! I've written about 2 Kings 6 before, but during my discouraging moment God led me to 2 Kings 6 again. In this chapter we read that Elisha's servant Gehazi went outside one morning and saw the entire city surrounded by the Syrian army. Gehazi focused on what was going on in the natural, and he began to panic. He had a fleshly or natural outlook. But there is another outlook: the spiritual or supernatural outlook.....the outlook that we as blood bought believers are called to have. The outlook you have will determine whether you are operating in a spirit of fear or a spirit of power. The natural outlook will cause you to operate in a spirit of fear. But the supernatural outlook will cause you to operate in a spirit of POWER! We must look through EYES OF FAITH......NO MATTER WHAT IS GOING ON AROUND US! I know, it is a lot easier said then done.....but it is what we as believers are called to do.....which means IT IS POSSIBLE!

Friend, if you continue to look at your situation in the natural, you will undoubtedly yield to the spirit of fear. That can cause feelings of panic, unworthiness, inadequacy, despair, or depression to control and influence you. But when you look at your situation in the supernatural, you will yield to the spirit of power, the spirit of love, and the spirit of a sound mind! The Word tells us that what is seen is TEMPORARY.....it's the things you can't see that are often the most important. The things you can't see----the eternal things of the Spirit are permanent. Looking only at the seen will defeat you, but looking at the unseen will bring you victory and cause you to say about your situation what God says about it. You see, Gehazi was looking at what he could see in the natural, so he became frightened. I've been like Gehazi many times.....looking at the circumstance instead of fixing my eyes on Jesus. I've believed the circumstance over the truth of God's Word more times than just one, but in 2 Kings 6:16-17 we read two scriptures (one of which has resonated in my spirit for a couple of months now), "And he (Elisha) answered, Fear not: for they that be with us are more than they that be with them. And Elisha prayed, and said, Lord, I pray thee, open his eyes, that he may see. And the Lord opened the eyes of the young man; and he saw: and behold, the mountain was full of horses and chariots of fire round about them." You see, Elisha had a spiritual outlook. He had eyes of faith. His spiritual outlook took notice that the army of God was close by----unseen, unheard, and undetected in the natural, but MORE POWERFUL THAN THE NATURAL SYRIAN ARMY. Friend, do you believe that the army of God is more powerful than your circumstance. Sure that circumstance may be big, but our God is bigger. That circumstance may seem hard, powerful, overwhelming, but the GOD WE SERVE CAN DO THE IMPOSSIBLE.....NOTHING IS TOO HARD FOR HIM! Will you believe Him today? Will you see through eyes of faith today? It's up to you to decide whether you're going to operate in the natural or the supernatural, in the flesh or in the spirit, in fear or in power!

So what are you looking at? Are you looking at the natural things around you as Elisha's servant did? Or are you looking with eyes of faith as the prophet Elisha did? When you look with eyes of faith, you see things differently. You see healing and health when the circumstances are saying sickness and disease. You see prosperity when the circumstances say poverty and lack. You see victory when the circumstance says defeat! Don't allow circumstances, your head, or anybody else to talk you out of what God has spoken to your heart----HE is FAITHFUL and will do what HE PROMISED! When the devil tells you that something you're believing God for is not going to happen, you're going to have to see it happening ---not with eyes of the flesh, but with the eyes of your spirit! Today, begin to see good things taking place in your life. The devil may have had you down for a long time. He may have been telling  you that your dreams are never going to come true, and it may look as if they're not. But what does the devil know? He's a liar. Look beyond the natural and see what you're believing for as already done! If you continue to look at your circumstances with just your natural eyes, you're going to find yourself wringing your hands and saying, "What am I going to do now?" But when you're looking with your spiritual, supernatural eyes, as Elisha's servant finally did, you will see that "they that be with YOU are more than they that be with them" (2 Kings 6:16). 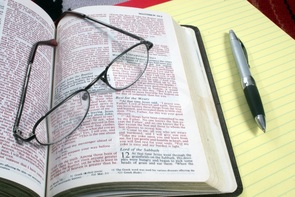